Clean up the Dirty Dozen polluters 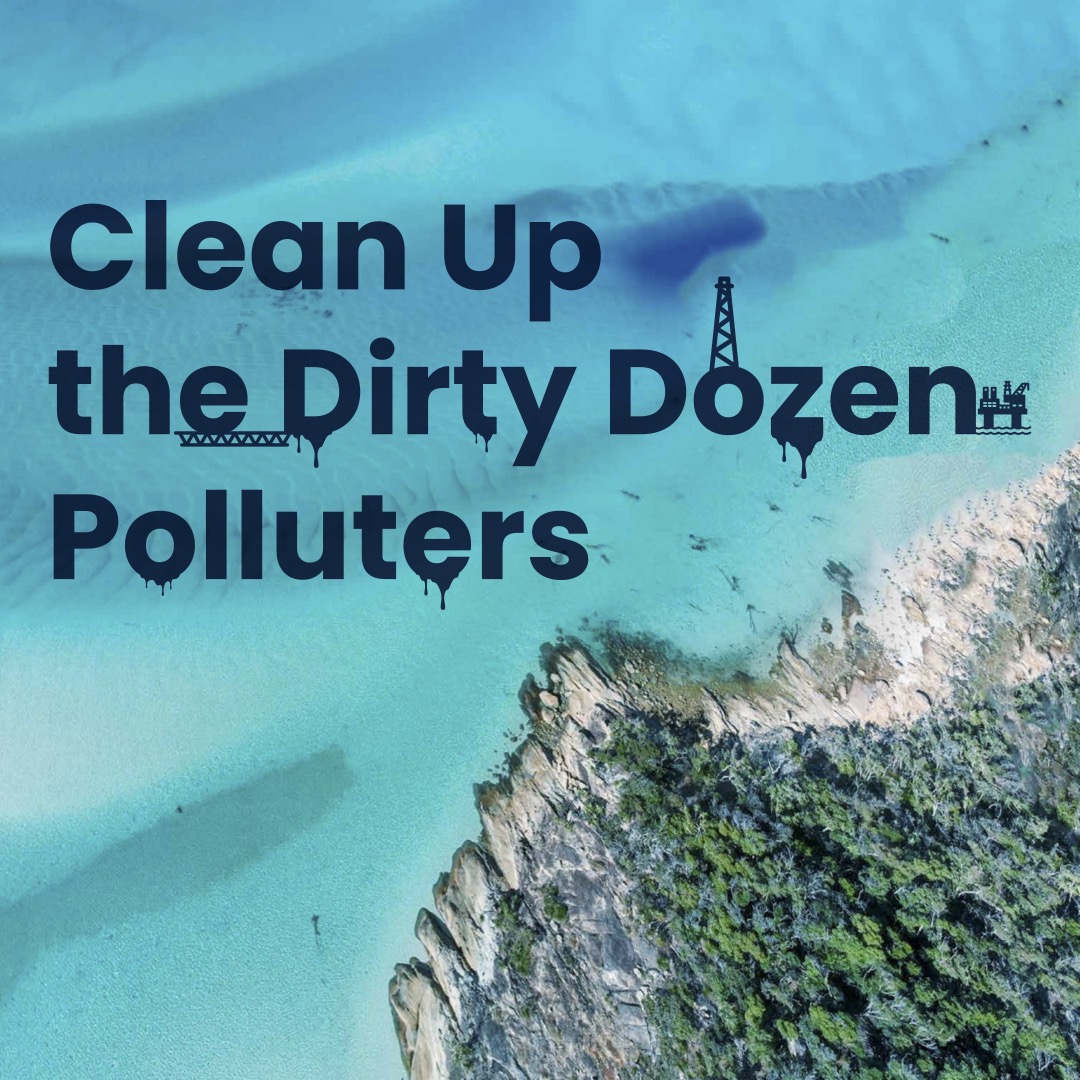 After years of inaction from Coalition governments, the climate movement now has an opportunity to secure deep greenhouse emissions cuts from the country’s biggest polluters.

The Albanese Government was elected with a mandate to strengthen Australia's Climate Safeguard Mechanism to ensure the industrial sector cuts its climate pollution this decade.

The climate movement can't afford to miss this opportunity.

Communities across the country are already doing a heavy lift on climate. Households are installing rooftop solar at a world-leading pace and signing up to green electricity providers. People are cycling to work, shifting to public transport, as well as adopting electric vehicles.

The same can’t be said of the facilities covered by Safeguard Mechanism whose emissions increased over the last decade. Industrial polluters are responsible for 28 percent of national emissions and it’s time for them to pull their weight.

If the Dirty Dozen big polluters and the industrial sector refuse to do their fair share on climate, then a greater burden will be put on Australian households, farmers, small businesses, and other sectors of our economy.

The climate movement must act quickly to show the Albanese government that the community has skin in the game. We must take action to put the Dirty Dozen big polluters on the backfoot and inspire champions in the Labor government.

With your support, we can fight for a strong Climate Safeguard Mechanism that can help Australia beat its 2030 emissions reduction target and build momentum for ambitious actions that match the scale of the climate crisis.

WHAT IS THE CLIMATE SAFEGUARD MECHANISM?

The Climate Safeguard Mechanism is a national policy tool that covers industrial polluters. The mechanism was put in place by the Abbott government when it scrapped the economy-wide price on carbon.

The Climate Safeguard Mechanism is essentially a way to apply a cap on emissions for the industrial sector that reduces over time. The government can use the lever to drive emissions cuts from the country’s most polluting facilities–such as coal mines and gas refineries.

While the Climate Safeguard Mechanism didn’t make polluters cut emissions under the Coalition government, Labor was elected with a mandate to strengthen the regulations.

A decision-making process is now underway, and the Albanese government is expected to announce its position in the first half of 2023. Minister for Climate Chris Bowen plans to have the upgraded mechanism up and running by 1 July 2023.

The strengthened Climate Safeguard Mechanism is currently the main tool proposed by the Albanese government to secure the necessary emissions cuts to meet the legislated target of a 43 percent reduction in Australia’s (below 2005 levels) by 2030.

WHO ARE THE DIRTY DOZEN?

Dirty Dozen polluters are the usual suspects of big coal, oil, and gas companies. Together, these fossil fuel companies are responsible for around half of  the emissions covered by Australia’s Climate Safeguard Mechanism.

In the Dirty Dozen’s corner, we have the likes of the Australian Petroleum Production & Exploration Association (APPEA) and Minerals Council of Australia (MCA). These industry lobby groups have a long track record of promoting the interests of fossil fuel companies.

It’s up to the climate movement to shine a light on the Dirty Dozen and their enablers and demand that they deliver deep emissions cuts this decade.

Friends of the Earth and grassroots groups hand-delivered letters to the Dirty Dozen polluters in Narrm/Melbourne. They’ve called for polluters to pull their weight on climate. Sign up to hold the Dirty Dozen to account and organise a meeting with your local Labor MP?

Call on the Albanese govt to rein in Dirty Dozen emissions:
Queensland Conservation Council delivered letters to Dirty Dozen companies in Brisbane, now they're calling on Prime Minister Anthony Albanese to make the polluters do their fair share on climate. Will you email the government?

Call on the govt to crack down on the Dirty Dozen:

The Climate Council is calling on Minister for Resources Madeleine King to force the Dirty Dozen to pull their weight on climate. Will you add your name to the call for strong emissions limits for the big polluters?

Email your MP to stand up for people, not big polluters:

The Federal Government has just released proposed details for Australia's climate policy to regulate big polluters and it needs to be much stronger. Call on your MP to fight for a fair climate policy, without loopholes that let big polluters off the hook while they trash our climate. Email your local MP now.

Supporting community campaigning:
If you or your local climate action group would like to get involved in the campaign to clean up the Dirty Dozen polluters, then please email Leigh Ewbank. Solutions for Climate Australia can connect you with community members active in the campaign, provide support with public events, and help book meetings with local MPs.

Raise your voice on Social Media:
Make sure the Labor government decision makers hear the community’s call for the Dirty Dozen polluters to pull their weight on climate. Join the debate on Facebook, Twitter, and Instagram by using the #DirtyDozenPolluters and #SafeguardOurClimate hashtags:

In late 2022, the climate movement kicked off a community campaign calling for Australia's Dirty Dozen polluters to pull their weight on climate.

The campaign demonstrates strong community support for a Climate Safeguard Mechanism that delivers real emissions cuts, not loopholes you could drive a coal-truck through.

A strengthened mechanism is essential for Australia beat its 2030 emissions reduction target and build momentum for ambitious actions that match the scale of the climate crisis. Will the Albanese government deliver? 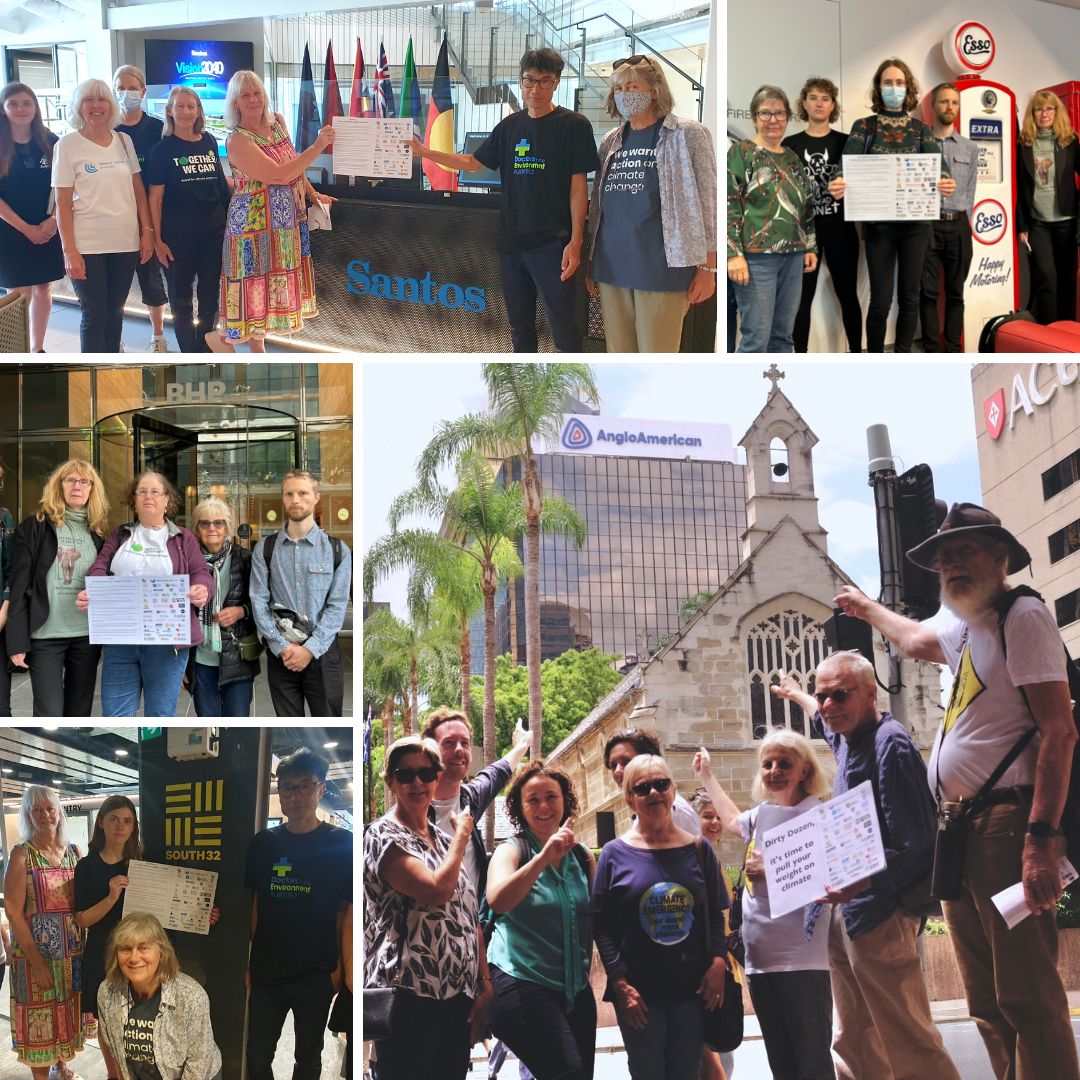 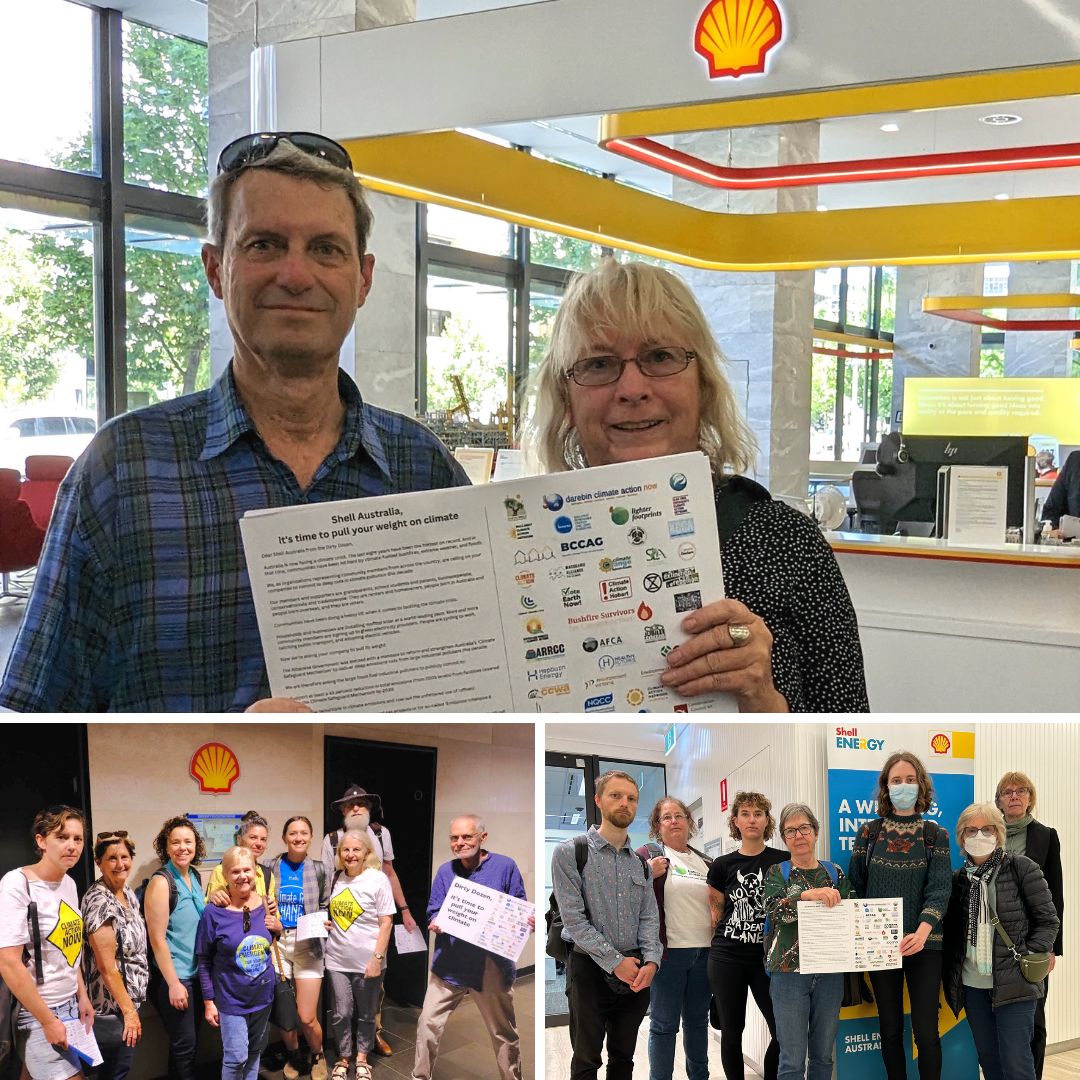